Arweave: a permanent archive of human knowledge and experience

As the $3 trillion data-storage industry is growing, the need for cheap, distributed, permanent data-storage on the blockchain has become an urgent necessity.

Arweare represent itself as a new data storage blockchain protocol based on a novel proof of access consensus mechanism, making permanent data storage a reality.

Sam is entrepreneur, decentralisation enthusiast and passionate co-founder of Arweave. Building software from a young age, he had developed great experience designing, implementing and delivering software that people love.

–              It’s information storage system. With modified blockchain, you can store lots of data with it. My today’s speech was about the idea of using it to create a permanent store of human knowledge and history. So that people in future can clearly see what was in past.

–              About 18 months. We launched main network three month ago,  and now just about to shape major implementation upgrade. It’s all about adoption at this moment.

–              We have this thing that we call the Blockweave. With it helps we facilitating scalable on-chain storage.

We do have some competitors but they just decentralized storage. But what we offer is immutable verifiable storage. You can storing human knowledge and history, contracts…something that you can take back later but with guarantee that it was not modified.

–              We are about 10 to 12. We see ourselves on the midpoint between a normal startup and open source project. So we are very focused on making sure that all of our intellectual property is out in the open and other people can take it and modify it. We don’t have much competitive advantage as much as competitive advantage of the network above other networks. The company to us is just a vehicle for making projects.

–              I like the push for decentralization of computers power. We can take our accentually moral ideas and we can put them into computerized algorithms and in a decentralized way without any one single person being responsible for the enforcement of the system, will come to agreement and consensus that the way the two sides should work. That to me is pretty profound.

What I don’t like is the immense amount the speculation and short term focus. We need to focus on building things to provide value.

–              The thing I’m waiting for most is not actually in blockchain itself. That is in the financial industry outside the blockchain. In some point we will reach the financial crisis. And the certainty of the value holding fiat money will be the question. At that point I’m really interested to know how people will do their crypto currencies, particularly bitcoin. 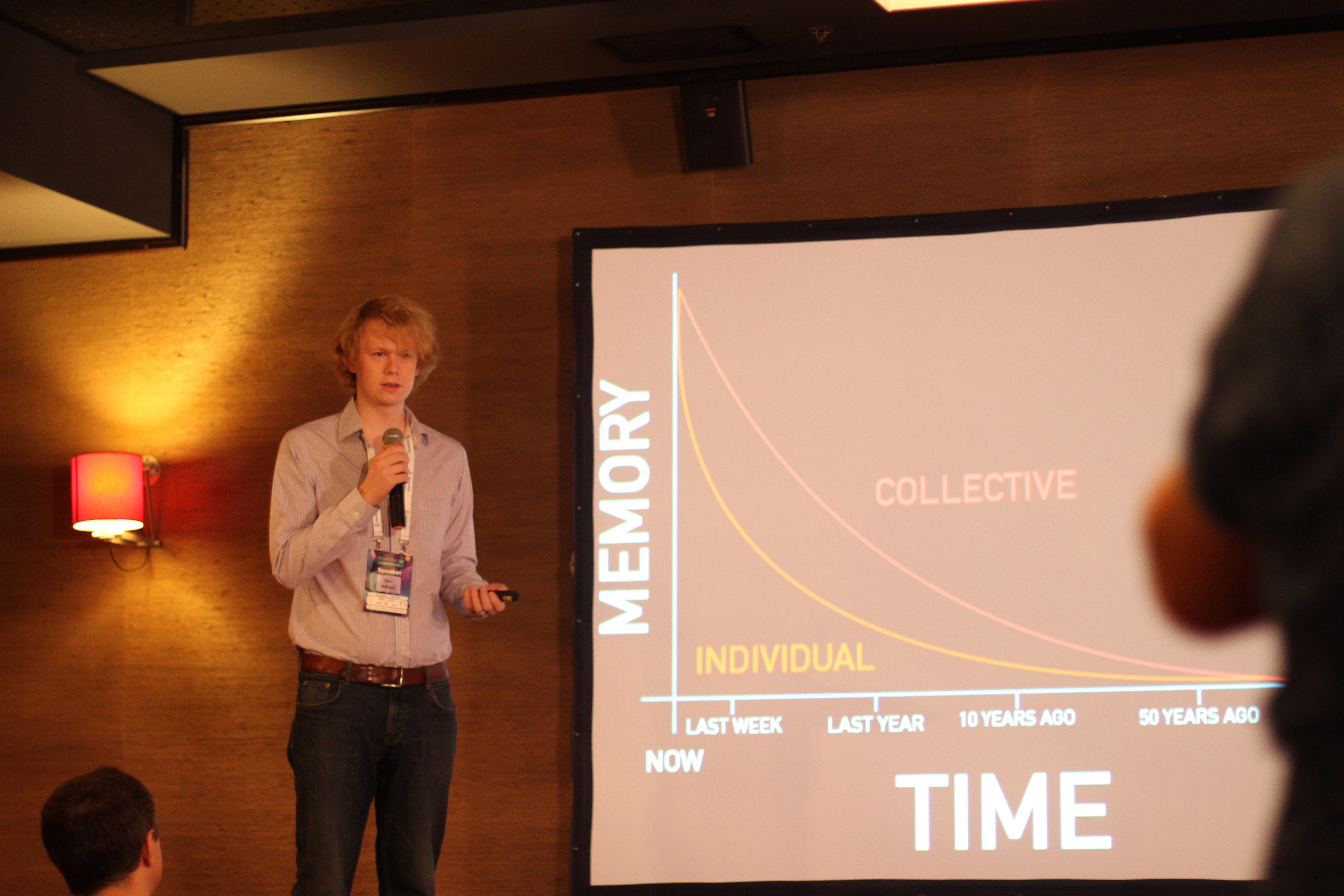