The protracted fall of bitcoin in the first half of 2018 made many people doubt that cryptocurrency is an innovative, breakthrough and promising future of the economy. The strong decline in the capitalization of many coins (almost all) seems to soon disappoint even the most active crypto enthusiasts. But against the background of stock charts, a mechanism came into motion, which made the price of Bitcoin not move up or down, but to the right, desperately resisting the bear trend. This is positive news on the market.

In early June, the largest maker of mining equipment Bitmain announced own IPO outside of China. Jihan Wu, the company head, explained this decision by the fact that the tight regulation of the cryptosphere and various bans in the country severely restrict the company’s activities and impede the further development of new projects.

Literally, two and a half months after the IPO announcement, an official document appeared in the network in Chinese, in which Bitmain describes in detail the financial condition of the company, presents business strategies and investment goals. The document provides plenty of information – more than 400 pages of Chinese characters. The most interesting facts about Bitmain are further in the article.

In the first half of 2018, Bitmain revenue amounted to $ 2.845 billion, and net profit reached $ 1.123 billion. About 95% of all revenue came from sales of 2.56 million mining devices. The remaining income of 3-5% came from mining in its own data centers. There are only 11 data centers that extract Bitcoin. They are located in China, in Sichuan Province, and Inner Mongolia. Each such center can serve up to 20,000 computing devices. 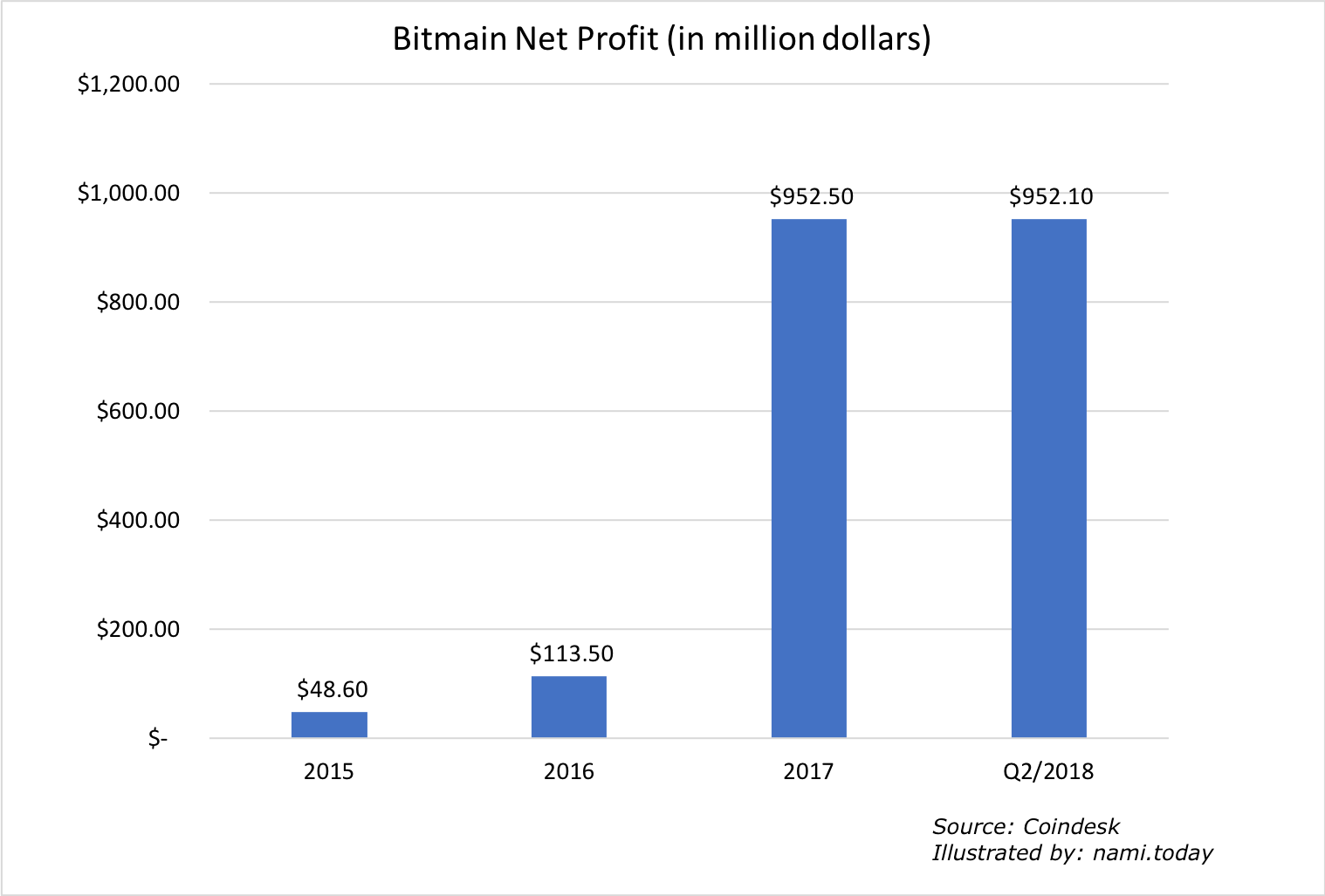 In Bitmain recognize that the unprecedented growth in the popularity of the crypto market strongly influenced the development of the company. They even compare their statistics with those of Coinbase, where since 2013 the public has grown by more than 20 million people. The number of orders for computing devices has increased on the same scale. Already in the first half of 2018, the number of Bitmain customers increased from 6,000 to 80,000. Sales in the international market amounted to 51.8%, which is 3.6% more than in the domestic market.

With the expansion of the customer base and the increased number of orders, the company was able to increase the staff. As of June 2018, the company already employs 840 full-time specialists. And this is only 30% of the whole team. Among them are engineers, developers, designers and software and hardware specialists.

When a company goes to this level of sales and becomes world famous, there is a need to attract large investors. To do this, first of all, the one needs to change the status of the organization from private (only a certain circle of people can become shareholders of the company) to the public (anyone can buy shares). To do this, companies are holding an IPO (Initial Public Offering), offering a stake in the company to anyone who wishes.

The company plans to hold an IPO on the Hong Kong Stock Exchange (HKEX) on the principle of a weighted vote (the strength of the participants depends on the number of shares acquired). The circulation of Bitmain securities in the international market should have a positive effect on the company’s capitalization.

However, liquid stocks and options are also a powerful tool for attracting valuable specialists and top managers to the company. According to representatives of Bitmain, this is a primary task that they will implement in the near future.

The IPO documentation speaks in details of the business development plans outside of China. The main task of Bitmain is the conquest of the West. The American market is seriously attracting experts in the field of innovative technologies. And this means that the company, has reached such a level, is able to offer interesting conditions and a reliable partner to any specialist.

Now Bitmain analysts calculate all possible outcomes of events that could change the future of the enterprise. Successful IPO will allow the company to implement its plans and strategies. In the near future, Bitmain plans to:

Of course, the main advantage of Bitmain is the complete development of unique ASIC chips that will form the basis for future projects. Therefore, the company continues to invest in the development of artificial intelligence and promotes it through its advantages in the development of ASIC chips. This is directly related to virtual and augmented reality, face recognition technology and analysis of big data. In the future, it is planned to release not only ASIC chips for mining but also additional equipment for working with AI-technologies, virtual reality and so on. So, the company’s specialists are already working on creating the next generation of ASIC chips using the 7-nm process technology, which will bring computing capabilities to a new level.

In case of successful IPO and entering the international market, the question of the legality of some projects in a particular country remains open. So, representatives of Bitmain say: “In the United States there is no law that would prohibit the importation of mining equipment by individuals and legal entities, as well as their sale or production within the country. However, the position of Bitcoin and other cryptocurrency assets is up in the air due to the uncertainty of US federal laws. The jurisdiction of each crypto asset is determined by the regulators individually, based on the characteristics and characteristics of use.”

Exact data about the cost of devices issued in accordance with the requirements of international quality certificates are not given, but the company assures: “We study the cryptocurrency market capitalizations, competitive prices, projected income and the relevance of mining farms in order to determine the correct cost of production. For this, we use a sliding pricing strategy, which is now quite common in this area. ”

It is worth adding that Bitmain is one of the most expensive cryptocurrency companies, it successfully conducted a pre-IPO in July and collected $ 1 billion. Then the company’s market value was estimated at $ 15 billion.

Shortly before, Bitmain managed to attract $ 400 million in venture capital investments from Sequoia Capital. The IDG Capital and Coatue Management, the Russian company DST Global and the Singapore EDBI and GIC took part in the same round of financing.

If the Chinese company succeeds in attracting $ 18 billion, it will press Facebook in the ranking of the largest IPO. 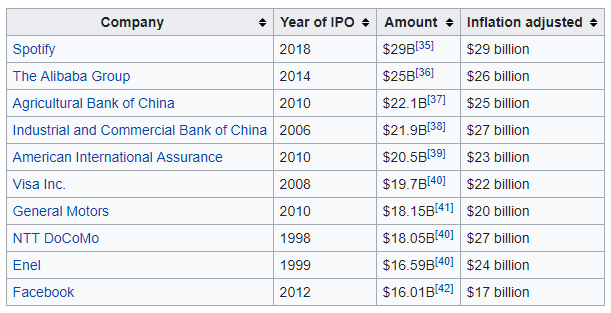