Gold rush of the 21st century

We live in a time when the predictions of science fiction become reality: the house turns on light on the voice team, unmanned aircraft dissect the sky, androids can speak and play football independently and there is a virtual currency that is not tied to assets…

Gold Rush in the cryptocurrency market

Considering what is happening today with cryptocurrency, mining, ICO, you can see interesting similarities with events of the distant times, which are called “gold rush.” For several centuries, in one or the other place of the world, people were covered with real mass mania, their minds gaining a desire to get rich, to get as much gold as possible. In pursuit of wealth, they sold their scanty property and traveled for thirty-nine lands in order to get millions or to perish in the unknown.

To fully appreciate the scale of earnings, you can refer to Jack London’s essay “Klondike Economics”. In it, he described such facts:

“In just 2 years, 125 thousand people brought gold rush at least $ 75 million in order to invest this money in the development of a possible business. In addition, it was necessary to pay the labor of miners, which was then estimated at $ 4 a day, and a huge amount was spent man-days for gold mining. As a result, gold was mined for $ 22 million, and spent – no less than 225 million! And most of these funds went to the purchase of equipment, payment of transportation costs, food, housing and services of workers.”

In this century-old story you can see a lot in common with cryptocurrency rush. People take loans and buy mining farms, rent power in the mining pools or on dedicated servers, invest in various dubious projects – but only those people, who are well prepared, earn the necessary knowledge, earn the risks, diversify them and win the big lottery.

Today almost everyone heard the word “bitcoin” – the first cryptocurrency, widespread in 2013. Then it cost from $ 100 and above. The public’s attitude to the blockchain technology changed dramatically, when the bitcoin creep exchange rate grew from $ 750 in January to $ 20,000 in December 2017. At the beginning of 2018 the price was varying in the region of $ 12-15 thousand.

The rise in value is caused by the eternal human desire to make money out of the air from nothing. Not surprisingly, in conditions of such a stir, people have forgotten about the risks associated with cryptocurrency.

The system of interaction with cryptocurrency is designed in such a way that, the more people go through hashes, the more difficult it is to do. At the very beginning, over, or, as they say, Mine, a couple of thousand bitcoins were fairly easy. Then one bitcoin cost $ 0.005, which is half the cent.

Then the enthusiasts joined, and the currency grew and grew, and bitcoin mining became more and more difficult thing. Today, enthusiasts are very rich people and companies that build so-called “farms”, where there are tens of thousands of special devices made to overcome hashes. They work from electricity, respectively, electricity consumption is significantly increasing. Bitcoin mining can be single but it is clear that equipped farms are more successful in the process of mining.

Going to the crypto exchange you can see in the list of currency pairs not only the standard BTC / USD, but a dozen more strange abbreviations. In the chat next to the quotes, the people vigorously discuss which of the bubbles will last for how many weeks and how quickly the candy wrappers will be drained before the barrel organ is dead. They lucidly explained to beginners that all new cryptocurrencies have two ways: either a plentiful premining on the part of the creator of the system (fraud), or a small amount of coins and low complexity in the early cycle, when any strong miner can compromise the system (the so-called “vulnerability 51% “).

At the same time, “investors” are well aware that the market value of all cryptocurrencies in dollar terms does not exceed the turnover for any one junk share (with a cost of 1 cent per share) in the US stock market. This does not stop them from wanting to get into the first rows of a kind of “pyramid”, that is, quickly minimizing a large number of Coins at the stage of low complexity and have time to sell them before the pyramid collapsed. This is the main similarity with the gold rush.

It turns out that the relative success of BTC gave impetus to the appearance of a whole brood of obscure clones. In miner circles, the Bitcoin system is considered almost a “gold standard”, because it exists for five whole years – a huge period of Internet time – and looks like an unshakable block compared to the new forks from Bitcoin.

In the world, cryptocurrency literally boils life, although at the level of microorganisms, but boils. And it is clear that most of creators obviously set themselves only one goal – to enrich themselves through premining. Otherwise, what’s the point of creating something new if BTC works fine?

In general, the laws that regulate cryptocurrency transactions are not yet written in the world. However, there were agreements held for bitcoins.

ICO is another form of profit in a crypto space. But if with the mining everything plus or minus is understandable, then ICO is a wild wild west, where everyone is also looking for money. 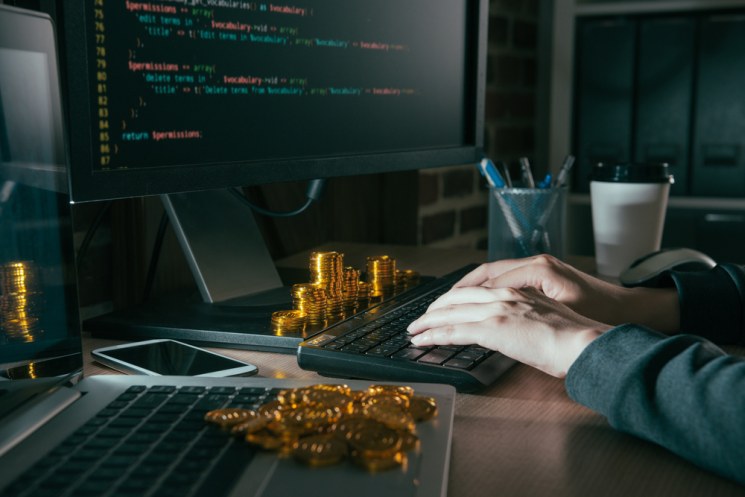 How many ICOs were there and how many of them were successful?

The ICO Market Stats website announced the number of ICOs that were officially held in the last 4 years. Since 2014, 1463 ICOs have been held worldwide. Of these, 192 projects were recognized as LOST (unpromising). Unpromising projects are recognized if tokens did not appear on the stock exchange within 4 months, information appeared that the project’s founders were arrested, or the ICO website became unavailable. For such projects, investors have invested about $ 850 million in such projects.

From 1,463 projects, 565 were not able to collect the required amount for an ICO and were forced to close.

It turns out that only about 48% (706 projects) of all ICOs in the world were able to achieve success.

Usually scam ICO organizers are not responsible for their deception. Because of the anonymity in the crypto sphere, they manage to escape and lie down sunbathing with the acquired money on the islands, and only a small number of entrepreneurs for the whole time were sent to prison.

Last year, a Ukrainian businessman, Maxim Zaslavsky, was arrested in America. He was accused of fraud during the ICO – the primary placement of cryptocurrencies.

One of the structures of Zaslavsky – REcoin Group Foundation – offered investors to buy REcoin cryptocurrency, allegedly the company will invest the funds received by ICO in real estate.

A similar scheme was organized by the ICO of another structure of Zaslavsky – Diamond Reserve Club World (DRC World). This time the entrepreneur assured investors that the company would invest the money in diamonds.

In fact, neither in the first nor in the second case did investors receive the money they invested in real assets.

Another accused in America, Omero Joshua Garza was the director of two cryptocurrency companies GAW Miners, as well as ZenMiner. Both projects were trading shares in the ZenCloud platform. In total, they earned about 19 million dollars.

Users acquired hashlets (analog of tokens) PayCoin cryptocurrency. In addition, contributions were made for the participation of mining at the expense of equipment companies. However, as it turned out later, the companies did not have such powerful equipment that they could carry out large-scale bitcoin mining (in total, about 10 thousand investors were affected).

The prosecution demanded that Garza be sentenced – 20 years in prison, but due to the fact that he actively cooperated with law enforcement agencies and fully admitted his guilt the term for the defendant was 21 months in prison, which he will begin to serve on January 4 of the next year. After the end of the term, Garza is waiting for 3 years of observation by the authorities (half of the year of which are under house arrest).

Everything is relative. Today, Bitcoin is the most expensive cryptocurrency. The “gold rush” continues, but again there is a question in its payback. The average price of a farm costs about 3000-5000 dollars, plus energy consumption, wear consumables. At best, it will pay for itself in 2-2, 5 years and the profit will still not be very big. If we compare how the period of the gold rush ended with the real time, we can find a lot in common, summing up that the sunset of the ICO in the form we know is already happening.

On cryptocurrencies can both lose and earn, in any order and it does not depend on who and when entered the world of Bitcoin. The only thing you cannot predict when there will be a fall or rise of Bitcoin. If there is growth, then there are mainly advantages, namely, for those who bought cryptocurrency. Well, but the fall – this is already deplorable. Since everyone loses.

On the other hand, 48% of successful projects are pretty good. We can assume that every second startup was successful. The number of investments is growing because ICOs are gaining increasing popularity among Internet users. It’s possible that by the end of 2018 we will see the amount of investments exceeding $ 10 billion per year.

Will there be ICO 2.0. and what future awaits cryptocurrency – time will tell us. 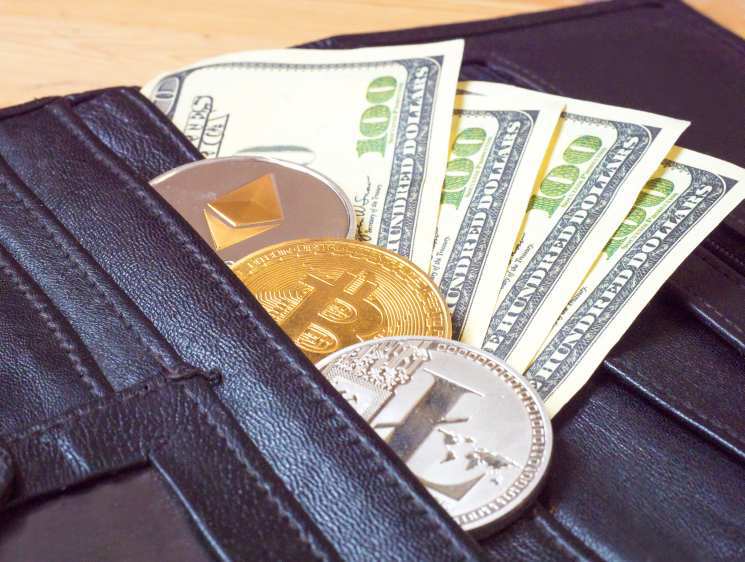